2300 Kilometers along the spanish coast by electric scooter

Last year in September I started on a literally electrifying journey: my goal was to make it from San Sebastián to La Coruña by electric scooter, so basically travelling along the entire Northern coast of Spain.

I picked up my scooter in San Sebastián – I had never in my life tried an electric scooter before, only electric cars, and knew very little about the model I was going to drive since I got it for free to test and promote the brand. The only thing I knew was that this was a dream come true: since I was a teenager I had sworn myself that I would never buy a car driving on fossil fuel for myself (and I haven’t so far) and that I would buy an electric vehicle instead. And I did!

In the beginning I was travelling with my sister, which meant that we almost reached the maximum load of the scooter. I should start by introducing the scooter to you: it had a range of 40-60 kilometers (which you could almost double by using a second battery, which we didn’t have), got up to a maximum speed of 45 kilometers per hour and was mainly designed to be used as a commuting device for city dwellers. Which worked perfectly, cruising through San Sebastián on this nimble scooter was incredible fun. It felt like flying a magic carpet, so smooth and totally silent!

Taking it on a trip through Spain’s countryside clearly meant taking it to its limits and we were aware of that (however maybe not to the full extent). We started our very first trip by getting lost in the outskirts of San Sebastián (ending up on a highway too that we left again as quickly as we could) which cost us so much battery that we had to stop for “refuelling” in the middle of the way. Since we couldn’t find any open restaurant within the reach of our battery, we stopped at a restaurant that was being renovated. The owners were incredibly nice and let us charge the battery in their house and play with their dogs. They also taught us some Basque (or “Euskera” as it is called in the Basque language) which proved very helpful for the rest of our trip!

We got used to the limits of our scooter quickly and made the most of it. We took it slowly and discovered village after village along the coast, frequently stopping on the way and hanging out with the locals or discovering places by foot while our battery was being charged at a restaurant or café. It takes about four to five hours for the battery to fully recharge so we really had some time at hand to explore! It definitely made it easy for us to take the meaning of “The journey is the reward.” to heart.

We used to order a “Tortilla” (Spanish omelette with potatoes and occasionally some fillings, for example mushrooms – my favourite) or a juice when we weren’t hungry again yet but had to charge and then went to watch the surfers, to explore museums or take a nap on the beach. The weather was incredibly sunny and mild as it was already late September, we could still walk around in tshirts and go swimming (the Atlantic is always icecold though, even in summer).

My sister followed the coastal road all the way from San Sebastián to Santander, stopping in all the small towns and falling in love with the windy roads of the hilly Basque Country just as well as with the smoother landscapes and soft colours of Cantabria. Not to forget about all those beautiful and secluded beaches we stumbled across! After those three weeks, I continued the journey by myself. At this point I was doubting I would make it to La Coruña because it was more than 500 kilometers away and we had driven less than 200 kilometers so far. Suprisingly I not only made it to La Coruña, I made it even further, all the way to Santiago de Compostela! Some days I would drive from morning till noon, stopping at the most random places to charge the battery. That was the best part – oftentimes I had little choice where to stop and ended up in local bars on the road where you would usually not end up as a tourist. Spain proved to be one of the best countries to do this trip in: you could sit in bars for hours without ordering more than one dish or drink and would not even be asked to order more. Instead they brought me some tapas on the house, for example a super small portion of delicious Paella.

This second leg of the journey was much harder than the first part, not only because I was by myself (which also had the advantage that I got to know more people) but mostly because the weather became rainy and grey almost from one day to the other and stayed like that for the rest of my journey. I also tended to overestimate the reach of the battery even more now and frequently ended up in situations where the locals had to help me out. My favourite moment like that was when I stranded just three kilometers away from my final destination for that day. I had made it to Galicia and was driving up a hill (which uses the battery up a lot more quickly), still hoping I could make it. I hadn’t passed any house in a while and it was getting dark, but thankfully a house appeared on the right side of the road just before my engine stopped completely (I was already in battery saving mode where you travel at a speed of 10 kilometers per hour). Two elderly people were in the house (which was their weekend house) and took me in. They threw on their generator so that I could charge my battery and we chatted over tea for an hour before I took on the last five kilometers for that day. There were many similar situations, but I always made it!

I made this trip not only because I had been longing to travel along the entire Northern coast of Spain for a while but also because I wanted to prove that electric mobility is not only the technology of the future, but also already capable to fulfil our needs of transportation! If I can travel on an electric scooter for 2321 kilometers through wind and rain, electric scooters can easily cope with the challenging situations in daily city traffic. Of course you have to adapt your habits in certain ways, instead of remembering to refuel at the gas station you shouldn’t forget to take out the battery wherever you arrive and plug it in. And there it is, to charge the battery of an electric scooter you can simply plug in the battery into a normal socket as you find it anywhere! How simple is that?

Disclaimer: We are on purpose not publishing any pictures that show the electric scooter or naming the brand that was used on this trip because we don’t want to promote one specific brand. Anything that rolls on electricity instead of fossil fuels is a great choice and depending on your needs, I’m sure you’ll find a suitable electric scooter or other vehicle! Most countries and / or cities also subsidy the purchase of electric vehicles, so make sure to find out what deal you can get. After you have bought the electric vehicle you’ll save lots of money on fuel, since electricity is usually cheap! 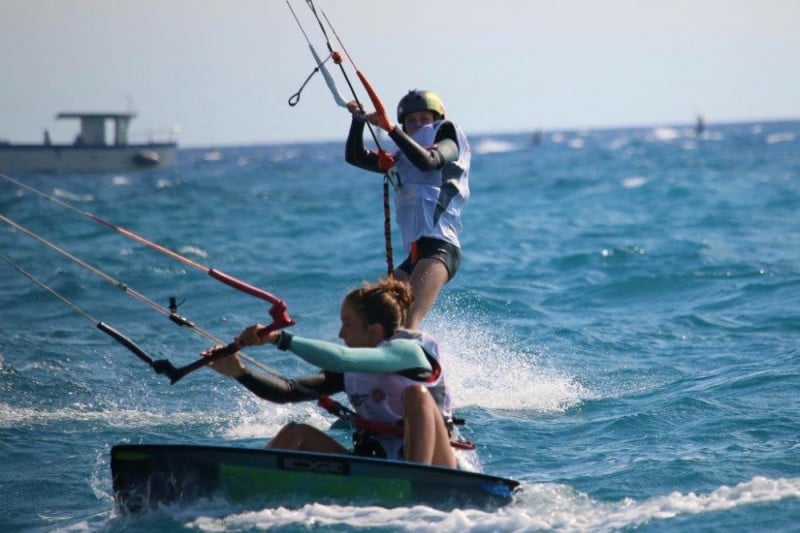 Continue Shopping Go To The Cart
Buy for $45,00 more and get free shipping